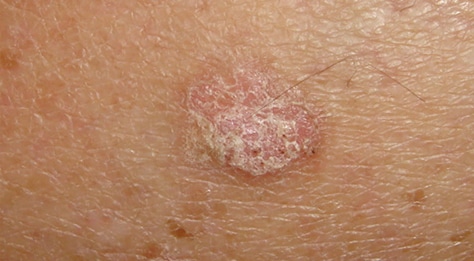 Actinic Keratosis also is known as solar keratoses, are rough patches of skin caused by damage from years of sun exposure. AK is considered a pre-cancer because if left alone, it could develop into skin cancer. Most often, actinic keratoses develop slowly and reach a size from an eighth to a quarter of an inch. Early on, they may disappear only to reappear later. Occasionally they itch or produce a pricking or tender sensation. They can also become inflamed and surrounded by redness. In rare instances, AKs can even bleed.

Actinic Keratosis (AK) is primarily caused by long-term exposure to sunlight. You have a higher risk of developing this condition if you:

Have light-colored skin and blue eyes

Have a tendency to sunburn easily

Have a history of sunburns earlier in life

Have been frequently exposed to the sun over your lifetime

Have the human papillomavirus (HPV)

Karmalite is Jordan’s leading medical esthetic clinic specializing in numerous health and esthetic treatments for both women and men.